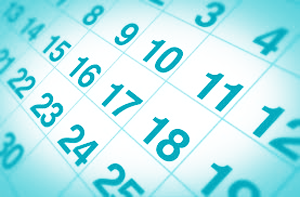 Students can take the SAT as many times as they want. ACT, Inc. limits test-takers to 12 attempts at the ACT. Considering how many times a year each exam is administered, Conceivably, someone could hit the limit by taking every single SAT and ACT offered from February of one year to November of the next, assuming she ignores SAT Subject Tests and doesn’t live in New York state. Plus, as long as she’s applying to schools that permit score choice, she only has to send the scores from certain test dates.

But why would anyone want to take 12 official tests?

Smart test takers plan for a much smaller number of official tests, usually 1-3 of each exam. Anyone who likes the idea of this more reasonable range of tests should consider some important points:

Consider a high schooler taking his first road test. Chances are that test was not diagnostic; most parents make sure their teens get plenty of practice behind the wheel before the big day. Those who fail their tests don’t usually try over and over without additional practice and improvement.

So, a student can take the test just about as many times as she wants, within the restrictions of official test dates. How many she should take should definitely fall into a more reasonable range countable on one hand.